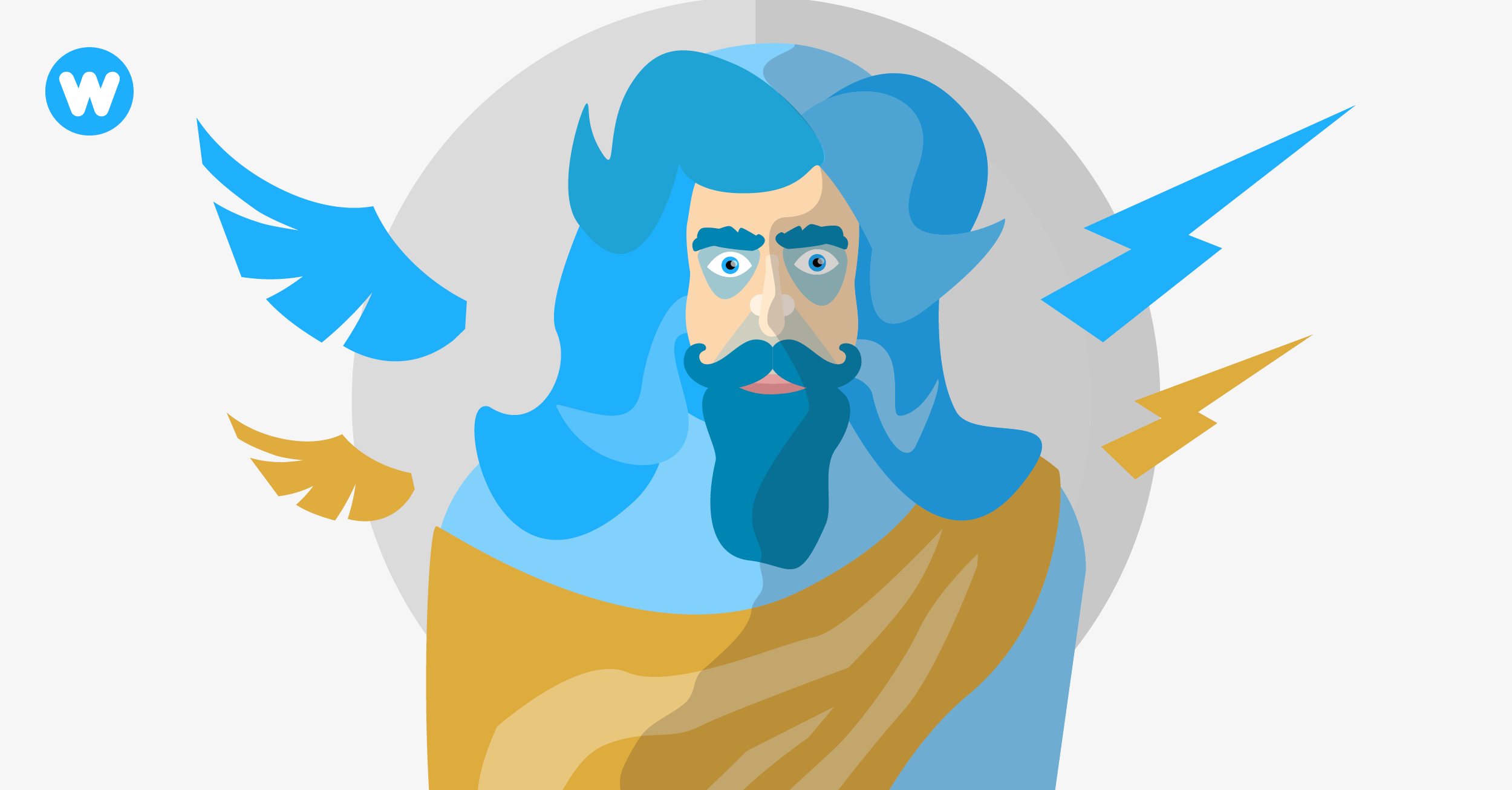 Quarrels between siblings can be pretty nasty sometimes. However, when the brothers are gods with supernatural abilities, things really start to heat up. In today’s slot, the two quarreling brothers are none other than Zeus and Hades. And it’s up to you to unleash their fury with Red Tiger Gaming’s War of Gods slot. Join the battle – a fight between heaven and underworld, firstborn and lastborn, light and dark.

I don’t know if we even need to mention it, but virtual slot machines with a Greek mythology theme are our absolute favorites. Zeus, the ruler of heaven, and Hades, the lord of the underworld, are probably known to everyone. But how did Zeus get to heaven and Hades to his underground realms? We’ll tell you: Hades was the firstborn son of Kronus and Rhea. His father, however, did not behave very fatherly and devoured Hades and all other offspring immediately after birth. Kronos had been prophesied that his son would one day dethrone him. However, the clever lastborn fed a stone to his old master instead of himself and thus not only escaped death, but was also able to free his siblings. Zeus and his siblings fought against Kronos and his Titans for ten years. But only by the help of the Cyclopes they could finally decide the war for themselves – better said thanks to the weapons of the Cyclopes: Zeus received the thunder from them, Poseidon the trident and Hades the Hades helmet. After Kronos and his Titans were defeated, the brothers divided the world among themselves – by lot. The division should be known to everyone: Zeus got heaven, Poseidon the sea and Hades the underworld.That this division was actually a coincidence, is perhaps new for one or the other here. You want to get in the mood and play free online games? Then let’s go to Wunderino. Here you can play wonderful slot machines for free.

But let’s get to the game War of Gods. It is truly divine! The story is epic and that’s exactly how it was implemented in the slot. The battle between the two brothers is more than impressively depicted, the scenery is breathtaking. Lightning flashes behind the reels and is reflected on huge statues and the summit of Mount Olympus. Broken pillars and lava adorn the screen and the soundtrack is also heavenly good and hellishly rousing. All this makes War of Gods one of the most impressive Greek mythology-themed slots we’ve ever come across. But that’s not all: there are many other outstanding images on the gold-framed reels, all of which are designed with great attention to detail. Helmets, shields and a horn decorated with a golden skull are among the symbols, as well as Zeus and Hades. The angry deities look appropriately terrifying on the reels of War of Gods slot. You want more games with the Greek mythology theme? No problem, on Wunderino you can find these and many more free games.

The stakes in War of Gods range from a minimum of €0.10 to a maximum of €20.00 per spin. It is a game with five reels and four rows. However, the number of reels and rows can expand during one of the bonus rounds. The game is very volatile with a rather average RTP of 94.73%.

If the graphics and soundtrack haven’t completely blown your mind yet, maybe the features will, because they are more than special as well. Let’s start with the Wrath of Zeus feature, which is triggered by the mighty Zeus. While this is active, only the deity himself and free spaces appear on the reels. The feature runs until you have a spin with only blanks. Additionally, special cross-shaped upgrade symbols can appear that increase the value of Zeus symbols. Moving on, there is the Hades Hellfire feature. It gets really demonic when the blue-haired demon appears on the outer reels. As if by magic, you can suddenly play here – if you’re lucky – on a maximum of seven reels with six rows of symbols. As a result, the number of paylines grows to 45 in the first expansion, and to a full 60 in the second. In the Warring Gods bonus, the two brothers unite. Thus, Zeus and Hades must land on reels one and five to trigger this exciting feature, where only the two gods appear and free spaces again. Upgrade symbols increase the values, while expansion symbols increase the number of rows and reels. Again, the round ends with a spin in which no more gods appear.

If you’re looking for impressive graphics and ingenious gameplay, War of Gods is the slot for you. The slot offers everything that makes a good virtual slot for us: epic soundtrack, impressive features and, of course, top-notch gaming fun. The slot is suitable for beginners and old hands alike and playable on any device – whether at home on the PC, or on the go with the Wunderino app. You want to collect regular bonuses and play free spins? Then come on over to Wunderino!